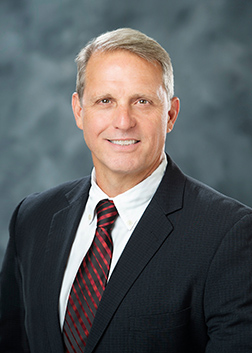 
An engineer with decades of experience in the design, testing and certification of aircraft systems is now leading Mississippi State University’s Raspet Flight Research Laboratory.

In June, Raspet was designated as the Federal Aviation Administration’s UAS Safety Research Facility, placing the research center at the helm of studying and developing UAS safety and certification standards. Raspet works closely with the MSU-led FAA Center of Excellence for Unmanned Aircraft Systems, also known as the Alliance for System Safety of UAS through Research Excellence, or ASSURE.

During his career at Bell Textron, Brooks led the team responsible for certifying the world’s first commercial fly-by-wire rotorcraft. In addition to multiple industry awards, he has several patents and patents pending for work related to advanced flight control systems in both the U.S. and Europe. Brooks received his bachelor’s degree in aeronautics from Embry-Riddle Aeronautical University and is a veteran of the U.S. Marine Corps.