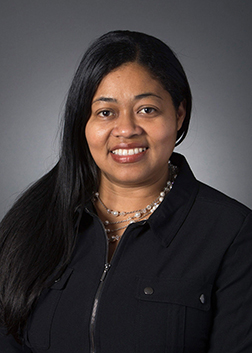 "Congratulations to Christine on this well-earned honor," MSU Director of Athletics John Cohen said. "Being recognized by a national organization of your peers is an outstanding accomplishment, and it is a testament of Christine's dedication to our student-athletes, coaches and administrators. We are fortunate to have her on our team at Mississippi State."

The prestigious award is named in honor of Lan Hewlett, a long-time advisor at the University of Texas, who is generally acknowledged as the first to provide academic support services to student-athletes. It is presented annually to an advisor who demonstrates the following:

-- Merited stature among and support from student-athletes, faculty, coaches, and fellow administrators

-- Innovative response in meeting varied and emerging needs of student-athletes

-- An effectiveness in the development of junior staff

-- Significant contributions to the field through publications or professional involvement/development

Jackson joined Mississippi State in August 2015, being named the Assistant Athletic Director of Academics. After earning a promotion in July 2018, she now oversees MSU's Templeton Athletic Academic Center and reports to the Office of the Provost and Executive Vice President as well as MSU Athletics.

"I am so humbled and honored to receive the 2020 Lan Hewlett Award," Jackson said. "To be recognized by your peers for doing what you love is so very special."