A Mississippi State physics and astronomy faculty member and graduate student are among authors of a paper published in the journal Nature last Wednesday [June 24] announcing their discovery of a new planet orbiting a nearby star 31.9 light-years away. The discovery positions astronomers to increase their understanding of how stars and planets form and evolve.

Named AU Mic b, the planet is orbiting AU Microscopii, a nearby cool red dwarf star surrounded by a disk of debris. The researchers, led by Peter Plavchan, assistant professor of physics and astronomy at George Mason University in Fairfax, Virginia, also made observations from the NASA’s InfraRed Telescope Facility and the W. M. Keck Observatory, both in Hawaii, and the European Southern Observatory in Chile. More than a dozen universities, research institutes and observatories worldwide are part of the effort. 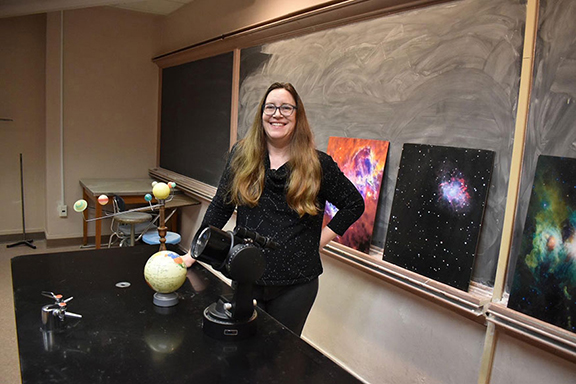 Tanner said that a transit event helped scientists to reliably confirm the planet in the southern constellation Microscopium. A transit occurs when a planet crosses in front of its star, which from the Earth’s perspective causes a distinct decrease in the star’s brightness.

“We have been using new observing techniques at InfraRed to try to discover more planets around young stars so we can study the formation and evolution of planetary systems over millions of years. We had been collecting spectra of AU Mic for quite a few years to detect the wobble of the star, which then let us infer the presence of a planet. However, the fact that the star is a young, red dwarf means that it has lots of flares and starspots, which complicates our measurements. Before the transit discovery, we thought this star might have a planet but could not be certain,” Tanner explained.

“Not only is AU Mic a young star, which will help us understand the formation of planetary systems, but this is the first transiting planet discovered in a system with a known young planetary disk. This is significant since disks contain the building blocks for planets and planets help shape the disk. Finding a system with both allows us to study this interplay,” she continued.

“While, AU Mic b has been one of the most notable discoveries, our observations are helping to confirm a variety of TESS detected transiting systems,” she said. 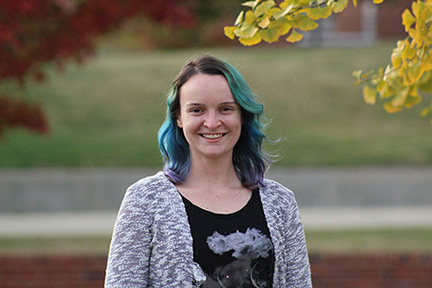 At an estimated age of 20 million to 30 million years, AU Microscopii is much younger than the Earth’s Sun, estimated at 5 billion years old. The newly discovered planet orbits the star every 8.5 days and is about 8% larger than Neptune.

Tanner said the research team still is collecting data on the AU Mic system to see if other planets may be detected and to measure the orientation of the spin and orbital axes of the star and planets.

“It has been an exhilarating time, and I have been lucky to get to enjoy a discovery like this right now,” Tanner said. “I am reinvigorated to push the boundaries of these observations and find more Earth-like planets to better appreciate where we come from and if we are alone.”

Tanner holds a bachelor’s degree in astronomy and physics from the University of Arizona, and master’s and doctoral degrees in astronomy from the University of California, Los Angeles. Her research focuses on multiple methods of extrasolar planet detection, including using radial velocities, astrometry and direct imaging. Tanner previously has published articles in The Astrophysical Journal, The Astronomical Journal and Publications of the Astronomical Society of the Pacific.

Learn more about MSU’s Department of Physics and Astronomy at www.physics.msstate.edu and the College of Arts and Sciences at www.cas.msstate.edu.