As its “Infinite Impact” capital campaign continues, the Mississippi State University Foundation welcomes a new fundraiser for the gift planning area and places a veteran in a key role to lead fundraising efforts for the College of Business.

Kevin Randall of Starkville fills the newly created position of assistant director of gift planning to support the university’s efforts to secure private gifts through charitable estate planning. Randall grew up in Starkville and attended Mississippi State for prerequisite coursework before earning a Bachelor of Science in physical therapy from the University of Mississippi Medical School in 1999. 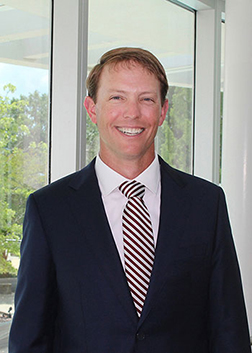 Randall has worked most of his career in the field of physical therapy, specifically in the Golden Triangle area. Most recently, he spent nearly six years as the physical therapist and clinic manager for Columbus Orthopaedic Clinic Outpatient Physical Therapy Office in Starkville and Columbus. Prior to that, he was a physical therapist at the Longest Student Health Center on the MSU campus for 14 years.

“Almost 20 years of experience working with diverse clients and a strong ability to develop meaningful relationships are excellent qualities that make Kevin a great asset as a development professional,” said Jack McCarty, executive director of development for the MSU Foundation. “We look forward to Kevin strengthening the ties he cultivated through the years with MSU alumni and friends, and to building new relationships as he assists individuals with charitable planning.”

Additionally, Stephen Lack of Starkville assumed responsibilities as lead fundraiser for the College of Business beginning in May. 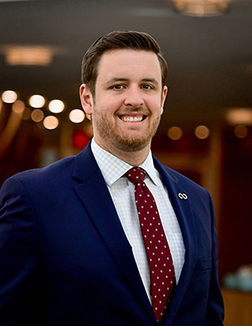 “Stephen brings valuable fundraising experience to this position, and we are extremely pleased he will be leading alumni and development efforts for the College of Business,” McCarty said. “The college has a great history of private support, and we are confident Stephen will do an outstanding job."

Originally of New Orleans, Louisiana, Lack joined MSU in 2018 as assistant director of development for the James Worth Bagley College of Engineering, assisting with alumni and development efforts for the college. Prior to MSU, Lack served as business resource coordinator for Catholic Charities Archdiocese of New Orleans, and designed and developed the Refugee Employment Services program for that organization.

MSU fundraising efforts currently are focused around the ongoing “Infinite Impact” capital campaign, the largest fundraising endeavor in the state of Mississippi. More on the campaign and the work of the MSU Foundation can be found at www.msufoundation.com and @MSU_Foundation.